An American fighter who toys with his opponents with a body that moves with unimaginable speed. He is so infatuated with himself that he even ignores his opponents during a match while heaping nothing but praise on himself. He views Ken Masters as his bitter rival, but constantly mistakes anyone wearing a karate gi or sporting blonde hair as Ken, and often gets into unnecessary fights. Zangief contacts Rufus and the two of them decide to secure the mysterious "box" for themselves. 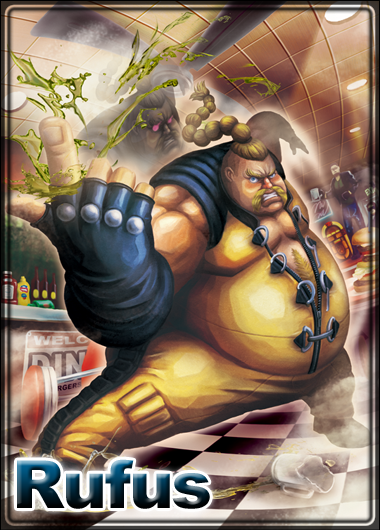