The leader of Shadaloo, he has crossed paths with Ryu and and his acquaintances numerous times in fierce battles. He utilizes Psycho Power, which is fueled by hatred and evil, and has sent many innocent people to an early demise. As a fighter he possesses overwhelming power and ability, and is often called a devil in disguise. In his journey for world conquest, he heads to the South Pole in search of Pandora, and its potential power. 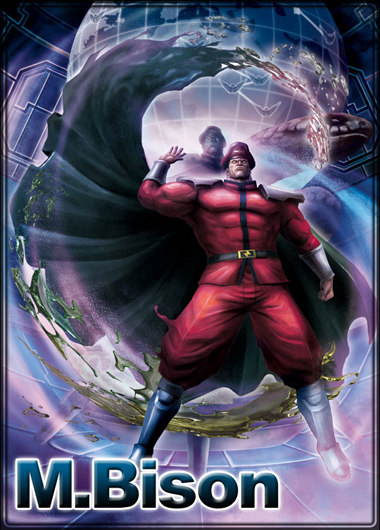